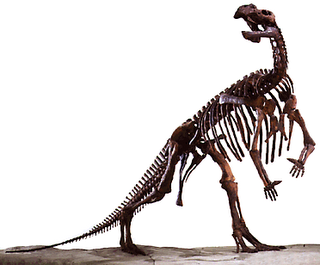 Named after the town of Muttaburra in central Queensland, Muttaburrasaurus langdoni was discovered by local grazier Doug Langdon, for whom the dinosaur is named. Muttaburrasaurus lived around 100 million years ago, during the Cretaceous period. It was a herbivore, with rows of grinding teeth. Several specimens of this dinosaur have been found in central and northern Queensland, and a few teeth have been found in New South Wales. Muttaburrasaurus was about 7m long, and probably ate plants such as ferns, cycads and conifers. It may have lived in herds.
Posted by Tamil Nadu ,Tamilnadu Government,Places,Wild Life,Hill Stations,Temples,Sports,Accomodation,Cusine,Fine Art at 2:43 AM