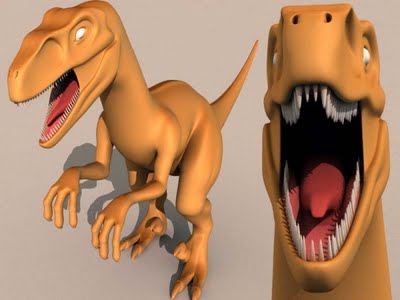 Did four-legged dinosaurs gallop like a horse, run similar to an ostrich or hop like a kangaroo? All three have been suggested, but with only fossils to go on it's a tricky puzzle to solve.

That's why Bill Sellers, a computational zoologist at the University of Manchester, UK, has developed a innovative technique for simulating dinosaur movement and working out which gaits they most likely used.

Sellers and his team used a laser scanner to produce a 3D computer model of the skeleton of an Edmontosaurus, a type of hadrosaur or "duck-billed" dinosaur, and added virtual muscles to make it move. Fossilisation does not safeguard a dinosaur's muscles, but educated guesses about how they worked can be made by studying animals alive today, such as ostriches.