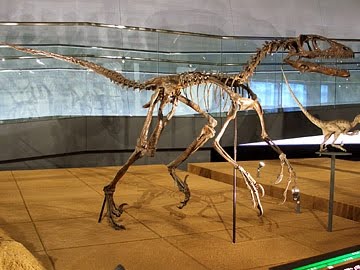 The early evolution of dinosaurs, in the late Triassic period, is fuzzy, to say the least.

Paleontologists recognize that the first dinosaurs emerge about 230 million years ago, but fossil evidence is so spotty that it is unapparent where and when the major lineages — theropods, sauropods and ornithischians — began to diverge.

Some excellent 215-million-year-old fossils unearthed in Ghost Ranch, in northern New Mexico, are aiding to clarify things. The bones, of a theropod that the discoverers have named Tawa hallae, offer strong support for the idea that the major lineages diverged early in dinosaur evolution in the part of the supercontinent Pangea that is now South America.

“What Tawa does is it helps intimate the relationships at the base of dinosauria,” said Sterling J. Nesbitt, a postdoctoral researcher at the University of Texas and lead author of a paper in Science describing the find.