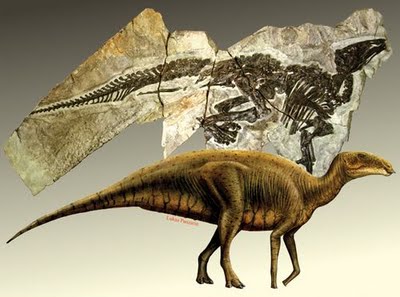 According to Fabio M. Dalla Vecchia, who precede the project, Antonio is noteworthy on many counts. Dalla Vecchia, a researcher at both the the Universitat Autònoma de Barcelona and the Institut Català de Paleontologia told Discovery News that this dinosaur:

Tethys was an ocean that splited Africa from the Euro-Asia continent during
dinosaur times. The new dinosaur species survived on a small island in the western part of this ocean 70 million years ago. Dalla Vecchia utters that this was an unusual spot for such an animal, comparable to an elephant being found in the Bahamas today.