New Evidence Suggests An Asteroid Couldn't Have Killed The Dinosaurs 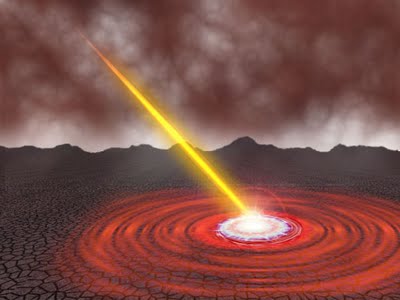 Princeton geoscientist Gerta Keller has new proof to support her alternative theory that volcanoes, not meteorites, wiped out the dinosaurs. Indeed, the evidence is so convincing that we might be dropping the whole "alternative" part.

Keller is one of several co-authors on a new paper in The Journal of the Geological Society of London that lays out the startling innovative evidence. prior studies of rock formations in India, Mexico, and the United States had first prompted Keller to conclude there was a discernible period between the massive meteorite impact that has been advanced as the killer of the dinosaurs, and their actual final extinction.

This extinction, which is known to have occurred 65 million years back, marked one of the most drastic biological upheavals this planet has ever seen. Signaling the last part of the age of reptiles (the Mesozoic Era) and the beginning of the age of mammals (the Cenozoic Era), this limit between the Cretaceous (abbreviated "K") and Tertiary ("T") periods is known in scientific literature as the K-T Boundary. The K-T Boundary can be observed geologically through the vastly different plant and animal species found on each side of the divide.