Alligators breathe like birds due to shared dinosaur ancestor 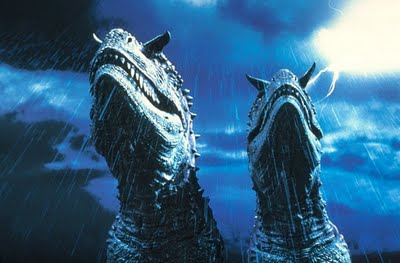 Researchers investigated that, just as it does in birds, air flows in one direction as it loops through the lungs of alligators.

The breathing method is supposed to have first appeared in ancient reptiles called archosaurs which dominated the Earth 251 million years ago.

In contrast, mammalian breath flows in and out of branching cul-de-sacs in the lungs named alveoli.

Archosaurs evolved along two different paths, one of which gave up to the crocodilian ancestors of alligators and crocodiles.

The other produced the flying pterosaurs and ultimately birds.
The researches on alligators propose that birdlike breathing probably evolved earlier than previously thought, before the archosaur split. It may explain why archosaurs turn into dominant in the Early Triassic Period which followed a devastating mass extinction known as the ''Great Dying''.

Prior to the Extinction event, which destroyed 70% of all land life and 96% of sea life, reptile-like mammals called synapsids were the largest animals on Earth.
After it, mammals were outshined by reptiles in the form of archosaurs and, later, dinosaurs.