Birdlike dinosaur rained down the pain, packed a venomous bite 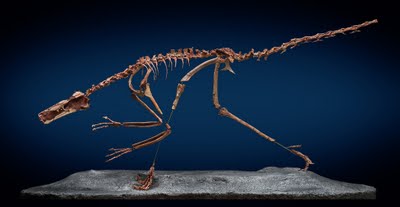 Newly found out raptor may have employed venom to subdue his prey -- as if fangs and claws weren't enough.

And has powerful jaws, razor-sharp teeth, sickle-shaped claws, and can cut you down silently .The Sinornithosaurus — a birdlike raptor — that is, if you were unfortunate adequate to run across him 125 million years ago.

If that deadly arsenal wasn’t enough to make this dinosaur a ferocious predator, the latest discovered venom that was delivered with his bite surely was. The New York Times reports that a group of paleontologists have found evidence to propose that this birdlike raptor was indeed venomous.

Don’t get the Sinornithosaurus confused with his famous cousin, the Velociraptor, made famous in the original Jurassic park movie — and definitely not with his meme-like brother-in-law, the Philosoraptor— because this avian predator can do harm on the ground and in the air.

Enpu Gong of Northeastern University in Liaoning, David A. Burnham of the University of Kansas, and colleagues recognized Sinornithosaurus was venomous after examining fossils found in 1999 in the Liaoning Quarry of northeastern China. The fossil leftovers showed typically unusual features for that of a dinosaur — grooves in the teeth and a duct running along the base of the teeth.