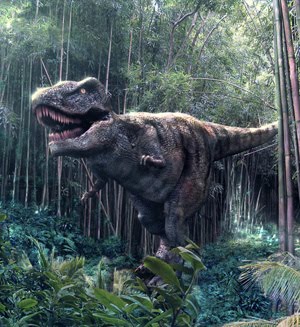 “Walking with Dinosaurs” is coming back to Roanoke, and on Monday we got a different sneak peek.

The baby T-Rex came to Hotel Roanoke to perform for few local boy scout troops in the Blue Ridge Mountains Council as they celebrated the Centennial Anniversary of Boy Scouts of America.

The Dinosaur looks extremely realistic, but it’s a man in a costume.

The international show took 6 years to produce and cost $20 million.
The show takes the viewers back 150 million years.

“I believe there’s this fascination .What occurred to them, what was it like when they were roaming the earth and dominating the entire globe. Now you get to notice them as best we can tell, what it was like,“ said Matthew Rimmer.

“Walking with Dinosaurs,“ is programmed to perform at the Roanoke Civic Center this weekend.