Jurassic Park to return to the big screen 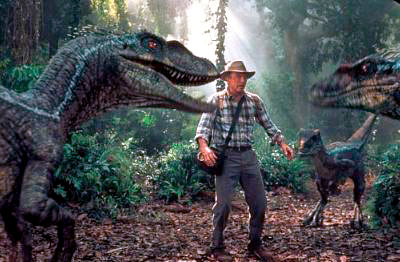 Dinosaurs are set to wander on the big screen another time with Hollywood bosses planning to bring a second trilogy of the hit sci-fi franchise Jurassic Park.

Now, nine years after Jurassic Park III hit cinemas in 2001, Joe Johnston, who directed the third installment, confess a new movie is on the cards which will be closely followed by two more.

If you think of the first three as a trilogy, number four would be the starting of a second trilogy. We just want to make them accepted in their own right. We don't want to create sequel after sequel just because there's a market for it.

We want to tell unusual, interesting stories," he added.