Scientists: Fossil of Chinese dinosaur genus indicates that some dinosaurs were venomous 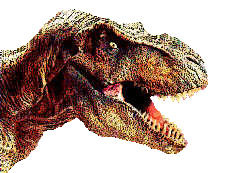 Scientists have long known that carnivorous dinosaurs used claws and teeth to kill prey. Now there is evidence that some of them may have used venom, too.

In a report published in the Proceedings of the National Academy of Sciences during the week before Christmas, Chinese and American researchers announced that a fossilized individual from the dinosaur genus Sinornithosaurus had depressions on the side of its face that could have housed poison gland.

The researchers also observed in a fossilized skull a long depression above the dinosaur's teeth that, in their view, may well have delivered venom into a number of long, grooved teeth on the animal's upper jaw.

The teeth would have permitted the dinosaur to grab prey and hold onto it long enough for the venom to take effect.

This structure is commonly found in modern venomous birds and reptiles.

Sinornithosaurus is a genus of the dromaeosauridae, a Family of Dinosaurs that were ancestors of current birds. The dromaeosaurs also included raptor species recognized for a long and sharp claw used to slice open prey.

Animals within the genus would have been about 3 feet long and lived about 125 million years ago in forests within the northeastern region of China.