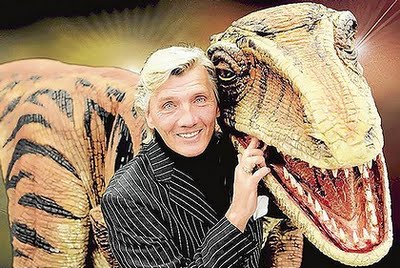 WILLIAM H. ''Billy'' May, the theatrical producer who produced the Walking with Dinosaurs arena show, died in St Vincent's Hospital on New Year's Eve, aged 56, due to complications from pneumonia.

A showman who trained at the New York High School of presenting Arts, May moved to Australia in 1972 at the age of 19 to be with his life partner, producer Malcolm Cooke. Together, the two men worked on more than 40 productions in London,Australia and New York, including the Arts Centre's 2002 production of The Lion, the Witch and the Wardrobe, a 1983 Broadway musical about Marilyn Monroe (Marilyn - a Fable) and a 1997 West End musical, Always, about the love affair between Edward VII and Wallis Simpson.

May had his share of challenges as well as victories, says Cooke. Always was believed to be the pinnacle of May's theatrical career, but savage reviews closed the show.

They sold May's Skippy film script to Rupert Murdoch at 20th Century Fox, only to have the deal discarded by studio executive Barry Diller, aghast that his boss wanted to greenlight ''a kangaroo movie''.

May was inspired to create his enduringly profitable 2007 touring arena show Walking with Dinosaurs by watching the cranes working overnight to construct the Southern Cross Station.