Birds May Have Not Evolved from Dinosaurs 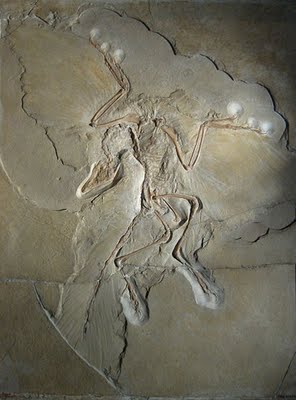 Over the past few years, many scientific studies that refute the widely held idea that birds evolved from Dinosaurs have been published in different respected journals around the globe. Such is the case with a latest paper appearing in the latest issue of Proceedings of the National Academy of Sciences (PNAS), which throws added doubts on the decade-old idea.

What the researchers behind this investigation advise is that ground-dwelling theropod dinosaurs were not the source for the ancestors of modern birds. This work casts latest doubts on the established theory of how flight evolved.

Oregon State University Zoology Professor John Ruben is the author of the new research, which deals primarily with the fossil of a creature known as a microraptor that was exposed back in 2003. While studying a 3D model of the creature, Ruben and his team determined that its flying potential was only limited to gliding on variety of air currents from atop trees, and that the tiny animal was unable to fly on its own.

This paper is consistent with previous ones published in the field over the previous years, and Ruben believes that evolution may have actually derived some dinosaurs from birds, and not the other way around.

“We're ending by breaking out of the conventional wisdom of the last 20 years, which insisted that birds evolved from dinosaurs and that the debate is all over and done with . This issue isn't resolved at all . There are just too many inconsistencies with the thought that birds had dinosaur ancestors, and this newest study adds to that,” the expert says.

According to the theory developed at Oregon, it may be that birds and dinosaurs actually had a common ancestor, very much related to the common link between humans and primates. After the two types of animals split, dinosaurs and birds each developed their separate ways, with the winged creatures eventually giving birth to raptors as we know them today.