Did dinosaurs evolve from birds or birds from dinos? 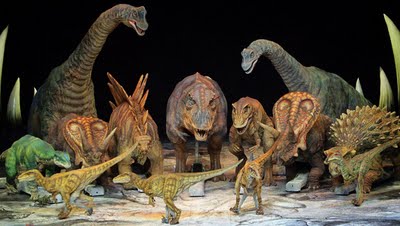 Latest study published in the Proceedings of the National Academy of Sciences proposes that Dinosaurs might actually have evolved from birds and not the other way around, as is commonly believed.

Oregon State University zoology professor John Ruben presents commentary about the study, which tested a latest specimen of raptor fossil discovered in 2003. The PNAS study reveled that the “small, feathered species must have been a ‘glider’ that came down from trees.”

The general and long-held belief that raptors and other ground-dwelling dinosaurs ultimately became birds is brought into question by the research, which Ruben says presents sound evidence that birds eventually became certain types of dinosaurs. For instance, the velociraptor so prominent in Jurassic Park might really have been a flightless bird.

Analysis of the feathers on the “microraptor’s” four limbs implies that the dinosaur probably couldn’t have taken off for ground-up flight, but were probably gliding from trees, “somewhat like a modern-day flying squirrel.” Ruben says this analysis builds it improbable that dinosaurs one day took to the skies but, rather, that birds one day touched down and stayed put, finally becoming dinosaurs.