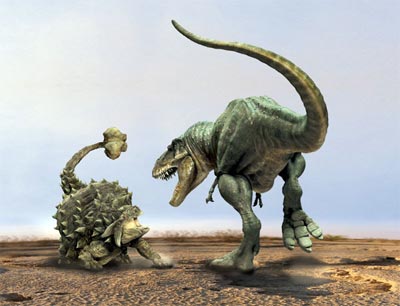 “Dinosaurs Alive! 3D featuring the most ancient dinosaurs of the Triassic Period to the monsters of the Cretaceous, reincarnated and life-sized for the giant IMAX screen, is now playing,” Catt said.

“From the exotic, trackless expanses and sand dunes of Mongolia’s Gobi Desert to the dramatic sandstone buttes of New Mexico, the film will pursue American Museum of Natural History paleontologists as they explore some of the greatest dinosaur finds in history.”

The film is presented in English and French, Catt added.

The movie is sponsored by a number of media companies, with Northern Life.