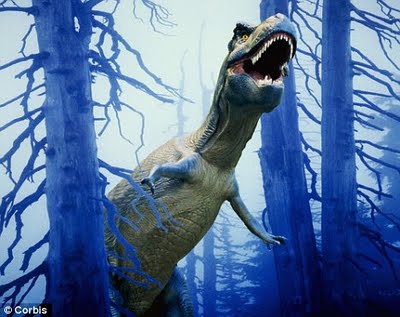 The exceptional Fossil haul of feathered dinosaurs in a 160-million-year-old marsh in China proposes that they perished after falling into the deep muddy footprints of larger beasts.

According to a report in New Scientist, David Eberth of the Royal Tyrrell Museum in Drumheller, Alberta, Canada, established partial skeletons of 18 small two-legged Dinosaurs in the 160-million-year-old sediments.

They were stacked on top of each other, apparently after becoming trapped about circular swampy pits.

The pits enclose distinctive red fragments of crust mixed into the mud.

The palaeontologists reckon this is the effect of large, heavy sauropod feet breaking through a crusty surface layer to watery mud beneath.

A thin crust would have formed hiding the trap from an unsuspecting tiny dinosaur but unable support its weight.

The thin crust would have buried the trap from an unsuspecting small dinosaur.

Fifteen of the fossils were Limusaurus inextricabilis, an odd bipedal dinosaur with tiny arms and a beak.

Even though it belonged to a group of predators it appears to have eaten plants.

"The victims were less than 1 meter tall and 1 to 3 meters long, so they would have been too short to drive against the bottom, which was 1 or 2 meters beneath the surface of the watery mud," said Eberth.

Their arms would have been enveloped with mud-slicked feathers and too small to pull them out of the hole.

"Finding any fossil remains like these, whose presence depends on the activities of other dinosaurs is bizarre." Eberth said.