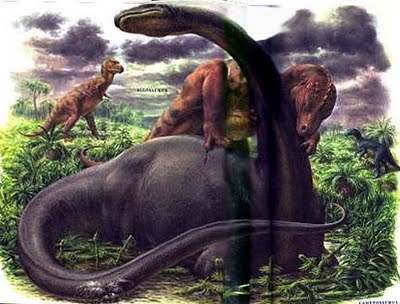 Unlike recently published work from China that inferred the existence of two types of melanin pigments in various species of feathered dinosaurs, the Science study analysed colour-imparting structures called melanosomes from an complete fossil of a single animal, a feat which facilitated researchers to disclose rich colour patterns of the entire animal.

In fact, the analysis of melanosomes conducted by Yale team was so precise that the team was able to allocate colours to individual feathers of Anchiornis huxleyi, a four-winged troodontid dinosaur that lived during the late Jurassic period in China. This Dinosaur sported usually grey body, a reddish-brown, Mohawk-like crest and facial speckles, and white feathers on its wings and legs, with bold black-spangled tips.

'This was no sparrow or crow, but a creature with a very notable plumage,' said Richard O. Prum, chair and the William Robertson Coe Professor of Ornithology, Ecology and Evolutionary Biology at Yale and a co-author of the study. 'This would be a very striking animal if it was alive today.'

The colour patterns of the limbs, which strongly look like those sported by modern day Spangled Hamburg chickens, probably functioned in communication and may have helped the dinosaur to attract mates, suggested Prum.