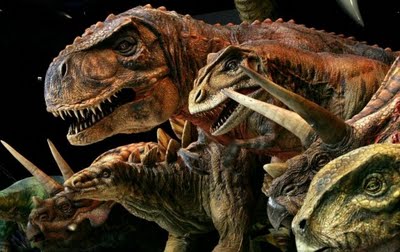 The DNA was taken from creatures such as the 10ft, half tonne elephant bird and effectively extracted from pieces of eggshell, trapped in Fossils for thousands of years.

The innovative technique `has major implications in the fields of archaeology, palaeontology, conservation and forensics', said Australian biologists. 'We got DNA signatures from a variety of fossil eggshells, including the extinct moa, elephant birds and a 19,000-year-old emu,' said Murdoch University's Charlotte Oskam.
The researchers utilized lasers to highlight DNA `hotspots' under a microscope, marking them with fluorescent green dye. 'We demonstrated that genetic material is preserved in the eggshell matrix and have successfully imaged the DNA via microscopy,' they said.

Their study, to be published this week, is the first to determine the way to tease out genetic strands from eggshells.

Bird eggs are resilient and act as a barrier to oxygen and water - the key reason of DNA damage.

Modern shells have antimicrobial chemicals and it is possible these remain active in fossil shells, also helping to protect the significant genetic code.

`But even inserting particular genes into living species does not bring an extinct species back to life. And personally I believe it is unethical to recreate a species that is extinct,' she concluded.