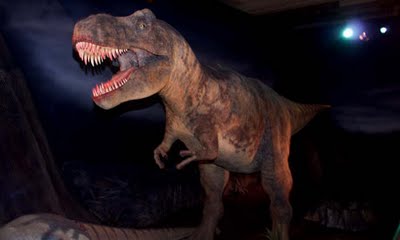 Immense volcanic activity aided the Dinosaurs rise to prominence some 200 million years ago, a study suggests.

Dinosaurs were the dominant vertebrates on land for about 135 million years.

While it is widely accepted that an asteroid or comet wiped them out, there has been less agreement on the factors which direct to their ascendancy.

The scientific paper, by researchers from the US and Taiwan, come across at several lines of evidence such as the remains of plant wax and wood from sedimentary rocks interbedded with lava flows. From these, they were able to extract essential data about the climate at this time.

The lava flows are dated to the end-Triassic extinction, 201.4 million years before, which wiped out 50% of tetrapods (four-limbed animals) on land, 50% of terrestrial plants and 20% of marine families.

The scientists inspected how two different isotopes (or forms) of carbon fluctuated during these volcanic eruptions. They discover that the "heavy" form of carbon was depleted relative to the "light" form.