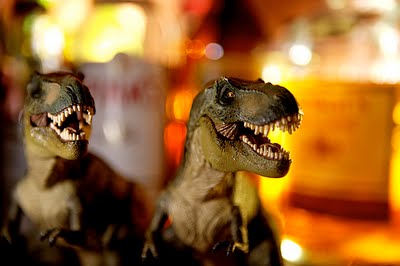 Asilisaurus kongwe is a newly discovered herbivore that lived during the middle Triassic period - about 245 million years before.

The scientists say that its age proposes that dinosaurs were also on the Earth earlier than previously thought.

They described their discovering in the journal Nature.

The study was led by Dr Sterling Nesbitt from the University of Texas at Austin in the United States.

He said: "This new evidence implies that (dinosaurs) were really only one of several large and distinct groups of animals that exploded in diversity in the Triassic period, including silesaurs (like this one), pterosaurs, and several groups of crocodilian relatives."

Dr Randall Irmis from the Utah Museum of Natural History in the US was also occupied in the study. He commented that these groups of creatures - the silesaurs - were the "closest relative of the dinosaurs".