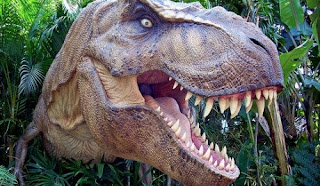 Scientific community is thrilled by a report that investigation will shortly reveal whether Dinosaurs were ectothermic or endothermic. The cause here is that scientists see in them a resemblance with both endothermic birds and mammals and ectothermic reptiles and amphibians.

American paleontologists reported about the development of innovative technology that helps to determine the body temperatures of animals by the isotopic analysis of biological apatite, basic mineral in fossilized remains.

The scientific journals of the West call the high accuracy of the innovative method into question since there is no possibility of going back a million years to measure a dinosaur’s temperature using a thermometer. The new method is depend on the analysis of rare heavy isotopes of carbon and oxygen in bones.

Scientists insist that they verified the method on a contemporary Indian elephant, a white rhinoceros and a crocodile in the River Nile. The temperatures determined from the teeth of these animals matches with that from traditional measurements. The consequences of a research into Fossil remains of the ancestors of rhinoceros and crocodiles that died 12 million years before were proved to be identical. This indicates these animals had similar temperatures.