Tyrannosaurus Rex was the undisputed king of the dinosaurs. They eat each other. The Yale researcher Nick Longrich found vast gouges in the bone of a Tyrannosaurus rex.

He said, “They’re the kind of marks that any big carnivore could have made,” said Longrich, “but Tyrannosaurus rex was the only big carnivore in western North America 65 million years ago.” 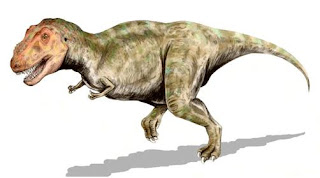 Longrich unremitting to investigate for other signs of Tyrannosaurus rex cannibalization and excavated a total of three foot bones and one arm bone that showed signs of being chobbled on by another Tyrannosaurus rex, which, allowing for the amount of fossils we have represents a important proportion.
“It’s surprising how frequent it appears to have been,” Longrich said. “We’re not exactly sure what that means.”

The symbols on the bones are convincingly the result of feeding, but whether the cannibalization was a result of the behemoth’s skirmishing each other to the death, or simply that of scavenging for food, is unidentified.

“Modern big carnivores do this all the time,” he said. “It’s a convenient way to take out the competition and get a bit of food at the same time.”

These conclusions are an unlooked-for clue into the lives of one of the more hidden dinosaurs. “They were some of the largest terrestrial carnivores of all time, and the way they approached eating was basically unusual from modern species,” Longrich said. “There’s a big mystery around what and how they ate, and this research helps to uncover one piece of the puzzle.”
Posted by charles at 10:17 PM 1 comment: 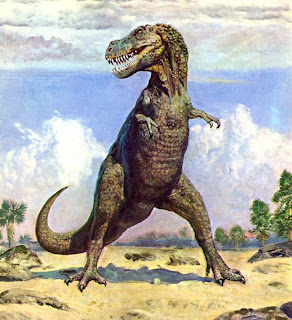 The status of the Tyrannosaurus rex, previously the badass of the dinosaur world — just got a modest seedier; new research shows it took part in cannibalistic behavior.

The Canadian and U.S. paleontologists reveals facts that showing the Tyrannosaurus rex ate members of its own species, a report published Friday on the online science journal.

A few years ago, Yale University researcher Nick Longrich gave additional reflection to some large teeth marks he had found on a dinosaur bone exposed in Montana.

"If you think about the way these big carnivores are, they're designed to eat other big animals, and they are also big animals," Longrich said.He noted that many animals alive today, such as alligators and bears, are known to eat each other. "Modern animals are cannibalistic quite often."
Posted by charles at 10:45 PM No comments:

Fossils are not exceptional for paleontologists to dig up on the Colorado National Monument, as this place is showing some big finds in fossils. Paleontologists have discovered two different fossilized tracks that are not bigger than a quarter but they are printing a rare scene for researchers and creating quite a stir. 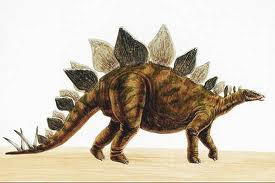 Dr. John Foster (paleontologist) says that "Tracks are evidence of a living animal going about its business and these prints of a lizard and some turtles are 150 million years old. They are generations that were lived in the shade of the bigger dinosaurs like Stegosaurs and Brachiosaurus.

Dr. George Callison says - Some shows more than one turtle heading in the same direction that gives raise to speculation that maybe we are looking at a herd of turtles. Often, small animal tracks are swept away long before they're preserved and they are rare to find in the Morrison Formation.

However, these findings play an important role in finding how an animal like the turtle lived and fossils will be display at the Colorado National Monument's visitor center until October 22nd.
Posted by charles at 1:42 AM No comments:

Scientists in China have exposed the fossils of a beforehand-mysterious dinosaur group - a meat-eating theropod on Beijing at Oct 10. 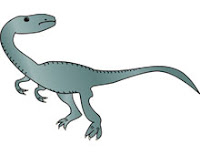 Dong Zhiming, a researcher from the Chinese Academy of Sciences' Institute of Vertebrate Paleontology and Paleoanthropology said, ‘the fossils of the dinosaur were unearthed at Longshan in Yi Autonomous Prefecture of Chuxiong in September”.

The dinosaur was anticipated to have lived before 180 million years, or during the near the beginning of Jurassic Period, the People's Daily reported Sunday.

Dong Zhiming also said, the size of the Dinosaur is 120 cm long and 70 cm tall and it also had a long tail and sharp teeth.

The excavated dinosaur was associated to the Coelophysises Dinosaurs. These Coelophysises were small, meat-eating dinosaurs and they were lived in the North American continent in the late Triassic period.

The officials said that the new species will be named after a more detailed research.
Posted by charles at 10:07 PM No comments: 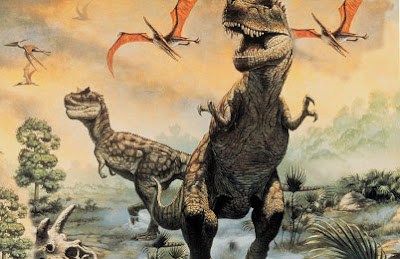 A field of untouched fossilized  dinosaur remains near Tumbler Ridge, B.C., proving that giant plant- and meat-eating prehistoric animals roamed northeastern British Columbia millions of years ago were discovered by a team of Researchers.

Last month during a three-day expedition into a remote forested area in B.C.’s Peace River area, Paleontologist Richard McCrea and his four-person research team made the discovery.

McCrea said, with up to 150 kilograms of fossilized dinosaur remains found on the surface, there was no digging required.

“We did a sweep and the indications are pretty good we probably have quite a lot of bones in that area,” said McCrea. “We could possibly start two excavations in two widely separated areas we had explored. Things look promising.”

McCrea said the volunteer-operated paleontology research centre will run out of funds within a month because its annual grant from Tumbler Ridge’s municipal government was cut to $152,000 from $200,000 this year.

“We’re picking up the slack,” he said. “We have this amateur volunteer organization that’s taken on what should be a provincial responsibility and we’re doing a damn good job with the few resources we have.”
Posted by charles at 10:06 PM No comments: