Though only regarding the size of a washout, Velociraptor still appear alike to terrifying predator. With snatching hands, a jaw set with curved backward teeth and, of course, a retractable scrape on each foot, almost every end of this dinosaur was pointed. Other than what did this well-appointed Cretaceous killer really eat?
One of the major candidates for a Velociraptor entree has been the little horned dinosaurs Protoceratops. A really magnificent fossil smooth the connection between these dinosaurs. At the same time the Velociraptor had kicked its deadly foot claw into the neck of the Protoceratops, the little ceratopsian had flattened the right arm of the predator, and the two remained protected together in death. The problem is that we can’t be familiar with these two dinosaurs were aggressive. Was the Velociraptor difficult to hound the Protoceratops? Or was the little predator itself attacked by a territorial Protoceratops? That the dinosaurs battled each additional is noticeable, but the cause for their fight remains a mystery. 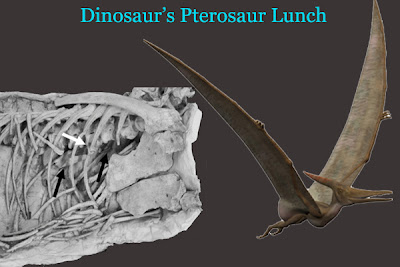 But a lately described fossil established that Velociraptor or a much related dinosaur eat Protoceratops flesh. In 2010, paleontologist Dave Hone and co-authors report a set of Protoceratops skeleton that had been injured and scored by the teeth of a little predatory dinosaur. How the horned dinosaur died was undecided, but the tooth marks point out that they remains had almost been completely uncovered by the time the carnivorous dinosaur came along to pick off the remaining scraps. Since Velociraptor shared the similar habitat and was of the right size to leave the bite marks, the dinosaur is a fine candidate for being the hunter.
One more additional dinosaur fossil provides a still closer relation between Velociraptor and its victim. In an article the co-authors has been published about the part of Velociraptor meal sealed surrounded by the dinosaur’s body cavity. Represented by a corresponding skeleton to gut stuffing demonstrates the dinosaur fed upon a pterosaur.
Posted by charles at 10:15 PM