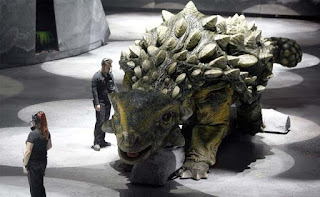 Ankylosaurus, measuring around 20 feet (6 meters), was the largest and last of the ankylosaurs, living at the end of the age of dinosaurs about 65 million years ago.
Posted by charles at 2:43 AM

Thanks for sharing this vast knowledge to us in this single article. I really appreciate your work. You are going well. Keep it up and keep sharing.
메이저사이트
경마

Keep up the good work , I read few blog posts on this internet site and I believe that your site is really interesting and contains lots of fantastic info .
바카라사이트
토토사이트